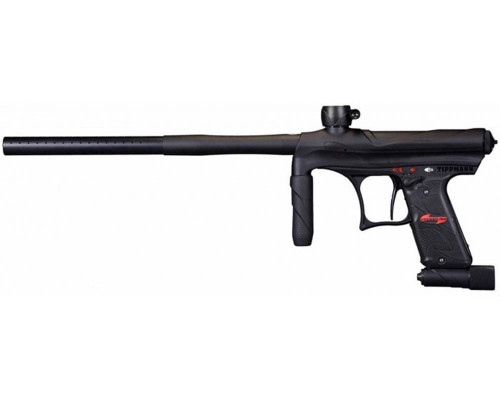 The Tippmann XVR rules the woodsball and speedball field!


The Tippmann Crossover XVR Paintball Gun is built to perform everywhere paintball is played. From the fast-paced, high firepower games on an airball field to crawling through mud for a sneaky sniper shot in an all day scenario event, the XVR is designed to do it all.


At the Tippmann XVR Paintball Marker lies the proven FlexValve, providing operation under 300PSI, reducing recoil and improving shots per fill. The XVR routes the pressure from the on/ off ASA internally so there are no external airlines to snag or blow out. The XVR can transition from Safe to Mechanical Semi Auto to Electronic Trigger mode with the flick of a switch,enabling the player to continue even if the batteries should fail mid-game. Anti-chop eyes keep the paint flowing to the breech without chopping to maintain a high rate of fire. The XVR is dual air compatible, allowing the user to use their favorite aftermarket vertical regulator if desired.