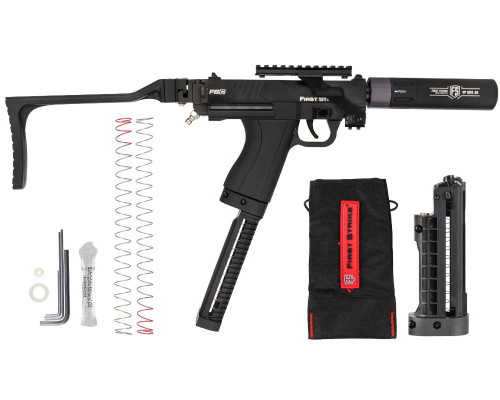 The First Strike Compact Pistol, also known as the FSC, is the smallest .68 Caliber Pistol ever made! It accepts standard 8.1 or 9.1 magazines, but the compact magazine included will hold 6 rounds. The FSC is powered by either 8 gram or 12 gram co2 cartridges and features an ambidextrous safety button.

The First Strike Compact Pistol is 20% lighter than the standard First Strike/Tiberius 8.1 Pistol, making this the lightest pistol on the market.

Standard features include a textured grip, under mount rail and a micro-honed barrel.